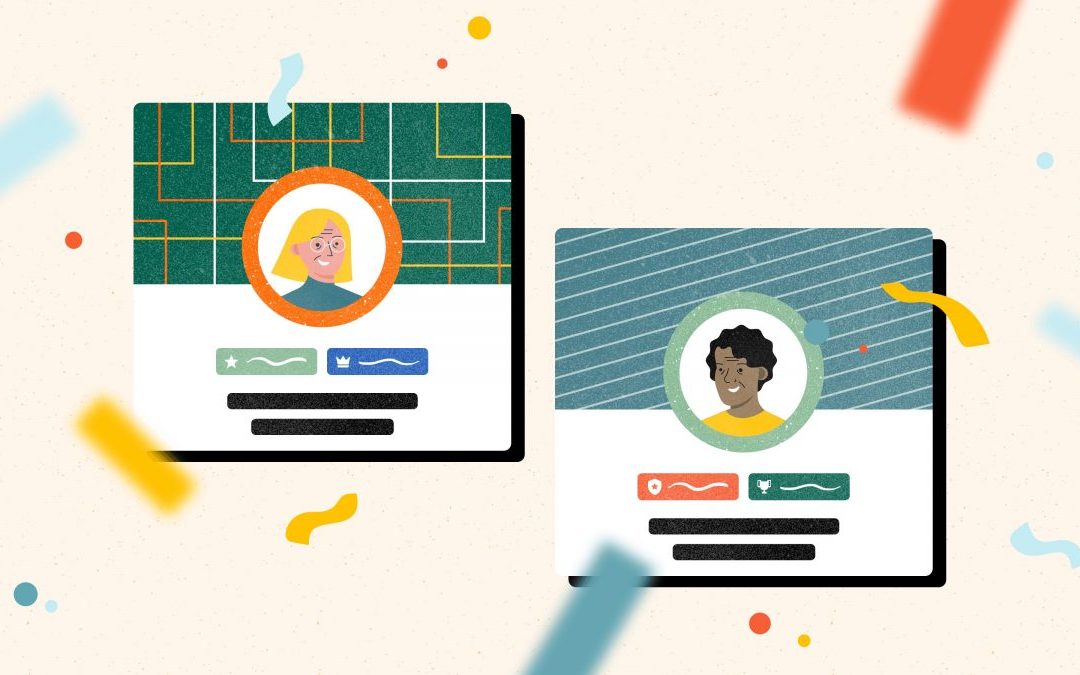 Facebook is a staple social platform for a large percentage of people on the internet, and the groups feature has grown significantly since it was first launched. Anybody with a Facebook account can create a group about nearly anything they want to, but how do you grow and maintain your group? That’s the question we’re going to answer in this article, starting with incentivizing interaction within your Facebook group.

Facebook includes a number of tools you can choose to enable for your Facebook Group in order to grow activity. Many of these tools are available on other platforms, so if your users are coming from a background in other online communities, these features will already be familiar to them. Note that some of these features are limited to certain group types, or will require admins of a certain age or standing within the Facebook platform. Let’s get to the tools!

The badge system in Facebook Groups provides a number of pre-set badges that your members can earn throughout normal interactions within the group. They range from traditional ones like “Conversation Starter” that rewards members for creating posts that get a lot of interaction, to ones you can provide to specific members for their valuable contributions, like “Group Expert”.

Mentorship is a unique feature in Facebook Groups: This allows members to become “Mentors” within the group, where they can list out their expertise and make themselves available to other members on a one-on-one basis for up to a 10 week period. This is useful to allow your most active members a chance to guide new members without requiring them to connect outside of the group.

Guides are tied to social learning group types. You can think of them like a learning platform (such as Udemy or Coursera) within a Facebook Group. Your members can complete these guides much like those other learning platforms, which is useful for niche topics where you or your membership are experts in a specific subject, and members utilizing the guides can track their progress. Bonus tip: Create a guide for how you want your members to interact with the group itself!

Messenger Rooms utilize Facebook’s video call system to allow up to 50 people to create a room to chat about things relevant to your group. The 50-person limit ensures that discussions are more focused and allow for a wider interaction between members within the room.

If you’ve spent any time on Reddit, you’ve probably heard about AMAs (“Ask Me Anything”). Q&As operate on a similar principle: This special post type allows you to pose a Q&A about a subject you specify and organize the discussion in a manner much clearer than just having a traditional post within the group. You can set these to allow any user to create them, or just allow yourself and your moderators to post a new Q&A.

Facebook provides some tools to (in some ways literally) gamify your group beyond utilizing the standard features available to groups.

Facebook provides two methods to play games with fellow members in your group. The first is via the Messenger Rooms feature, which allows groups of people to play games both on and off Facebook with each other. The other is the “Fantasy Games” feature tied to groups: Introduced in September 2021, Fantasy Games operate much like fantasy sports leagues, but offers a variety of themes. In both cases, you can reward the winners via badges, the opportunity to pick the next cover photo for the group, or other rewards such as gift cards or merchandise related to the subject of the group.

Photo contests have been around for a long time, and their translation to Facebook Groups was inevitable. There are two common forms of photo contests on Facebook Groups: Asking users to submit photos to be used as the group’s cover photo for a limited period of time (choosing the winners by amount of likes, or by whatever method you decide), and the more humorous “caption this” photo contest (where you’ll post a photo and ask users to write a fun and/or clever caption for it). While photo contests may not be relevant for all Facebook Groups, they are a great way to encourage users to share and interact with each other, and winners can receive whatever reward you choose.

A third classic method commonly done in more tech & design-savvy communities is called “Photoshop Tennis”. In Photoshop Tennis one person starts it off with a basic photo. Then someone replies with a modification to the photo, another user modifies that modified photo further, and so on.

Much like other community platforms, Facebook Groups aren’t limited to the core features provided in order to boost engagement and creativity is key. For example, a popular game conceptualized by Facebook users is called the “autocomplete game”: Much like mad-libs, your users will type out part of a sentence you provide and then let the autocomplete feature of their mobile device fill in the blanks.

In general, the simplest way to ensure your group has the tools and visibility to grow engagement is to make sure you’ve set your group type properly. By doing this you open up the various features related to your group type, which not only increases engagement but also boosts discoverability.

Finally, if your group is tied to a Facebook page, don’t forget to link the group and the page! This allows you to post within the group as your page, creating additional brand recognition and legitimacy to the group.

When trying to grow a community, don’t forget the earliest members, you and the rest of the leadership team. Although you’re the founder of the community, you’re also a well-known face that everyone is familiar with and that makes your engagement in the community impactful. By interacting with members of the community on a regular basis through reactions, comments, and posts of your own, you build community loyalty and contribute to an increase in engagement.

If you’d like to see more tips on creating a successful Facebook Group, you can check out our guide here!

Written by Will Leffert

Media Director & Front-End Developer for Audentio, polymath, accessibility nerd and all around geeky guy who has as much fun writing code as he does gaming.